There are different ways to look at cities

installation – building nets, drawings on paper or on wall

The project realized for Fundacion Botin during Carlos Garaicoa’s workshop is a reflection on the city of Santander, analyzing its limits, intended as inbetween spaces. How do we look at cities? There are different ways of doing it. Media control is one way, but also architectural transformations are depicting how the city changes. This is why I decided to use as a principal material different colors of building nets, generally used to protect buildings under construction. I collected different parts of them in different colors, directly from the workers, and I placed them inside and outside Villa Iris, focusing on corners, and other architectural inbetween zones, as well as covering the entrance door. Behind them, a series of delicate pencil drawings, narrating my perception of the city, and describing topics of media control, new architecture, through new gazes. The use of different colors states how these spaces can become inner and personal, adjusting to different needs. The project willl be developed as a series of works discussing different cities in the world.

(The project is realized in the frame of Fundacion Botin workshops). 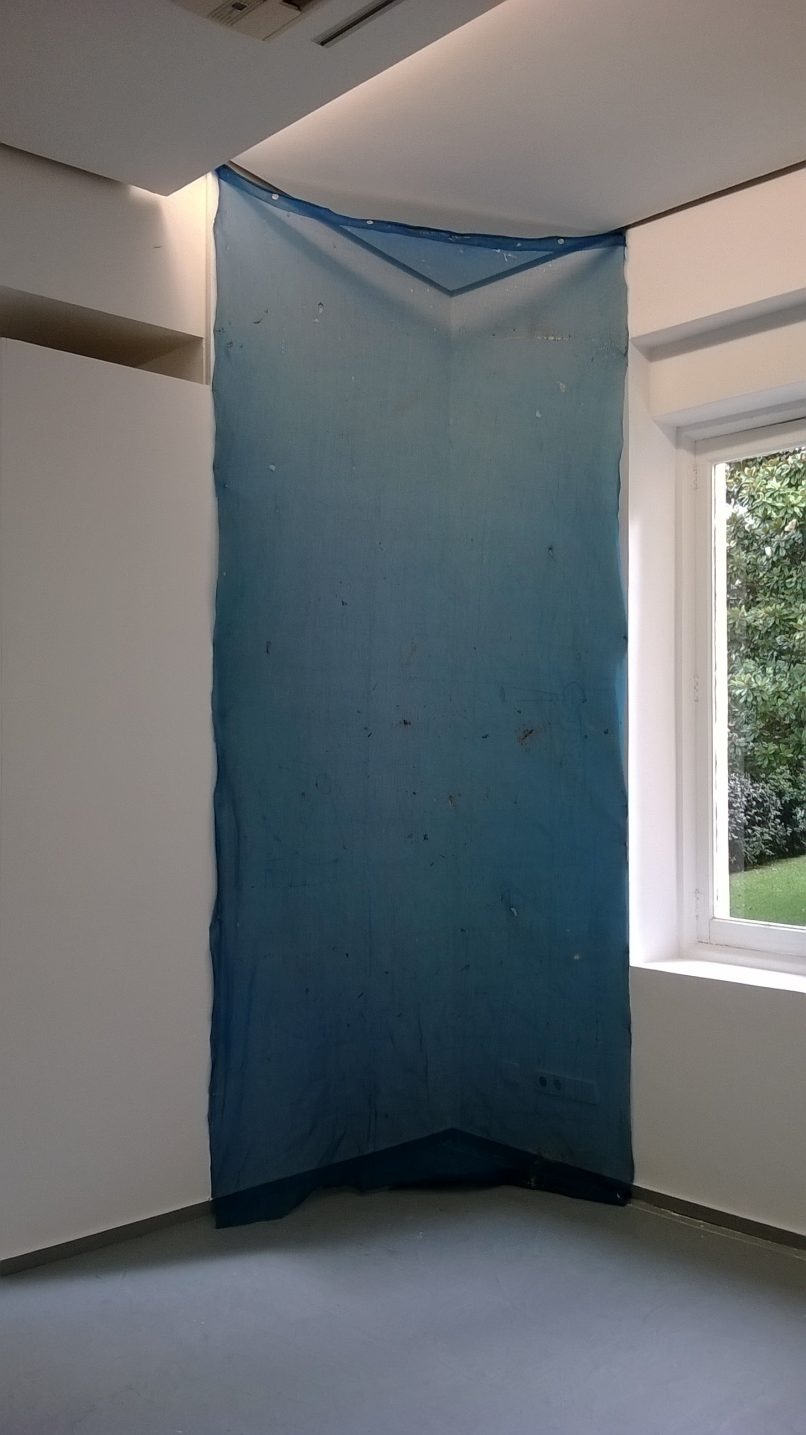 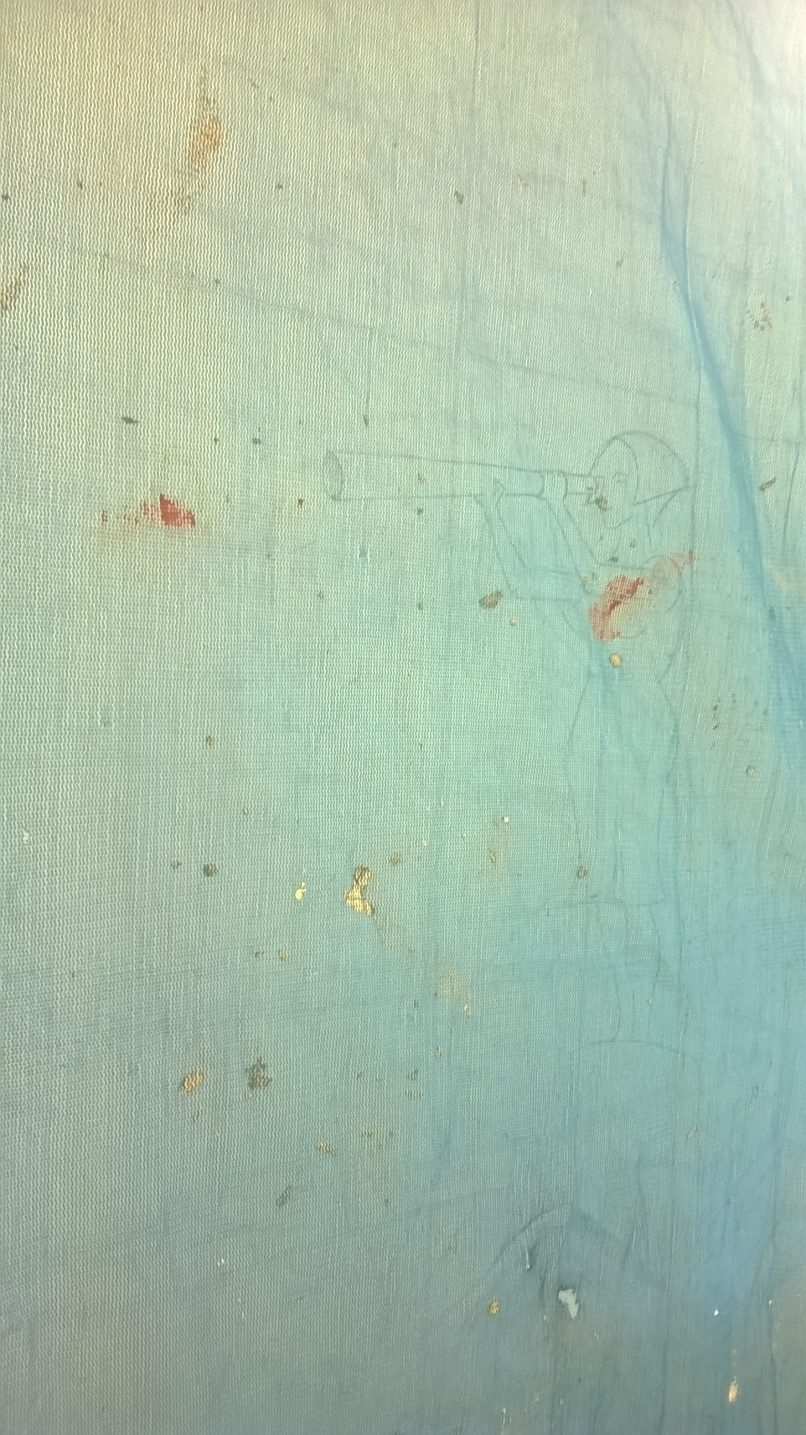 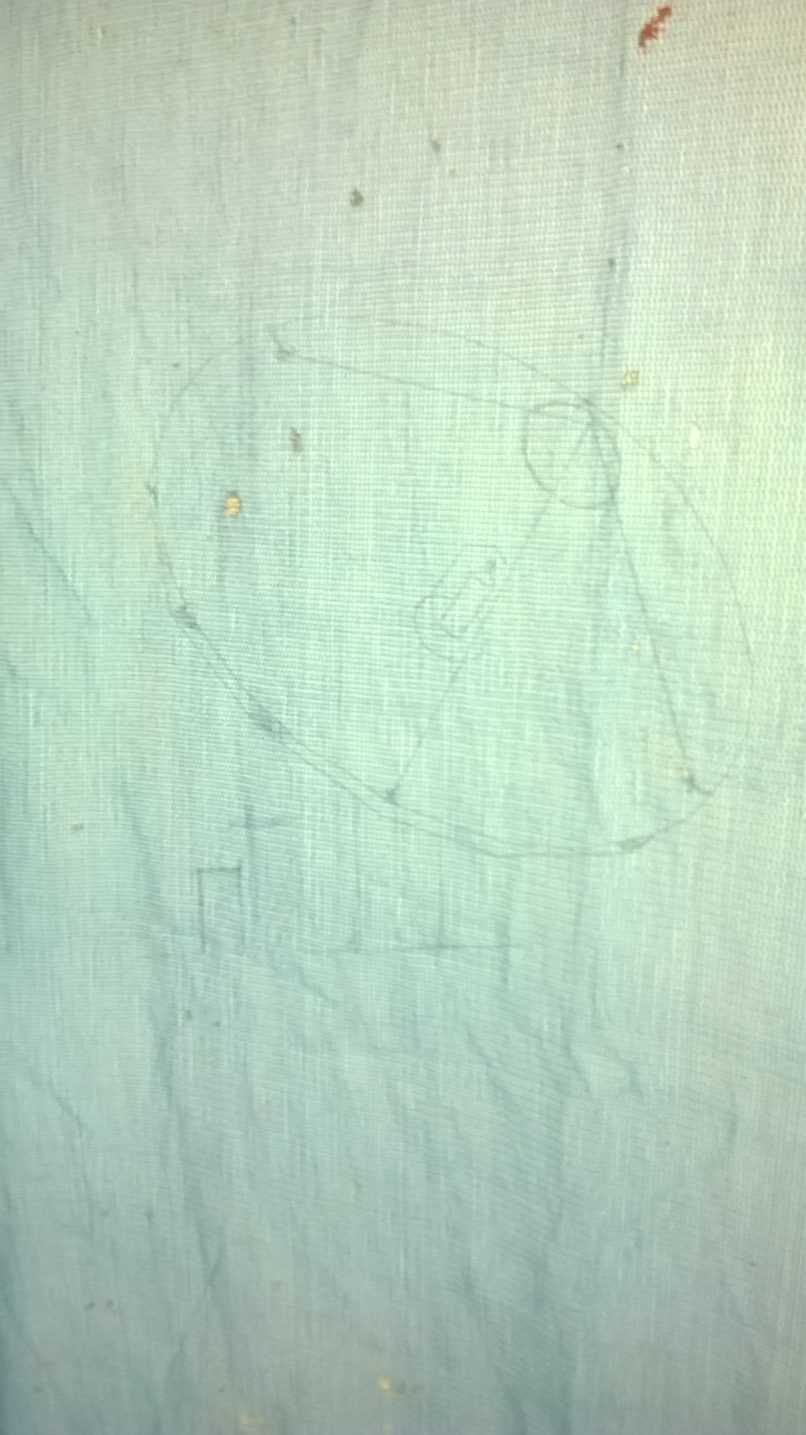 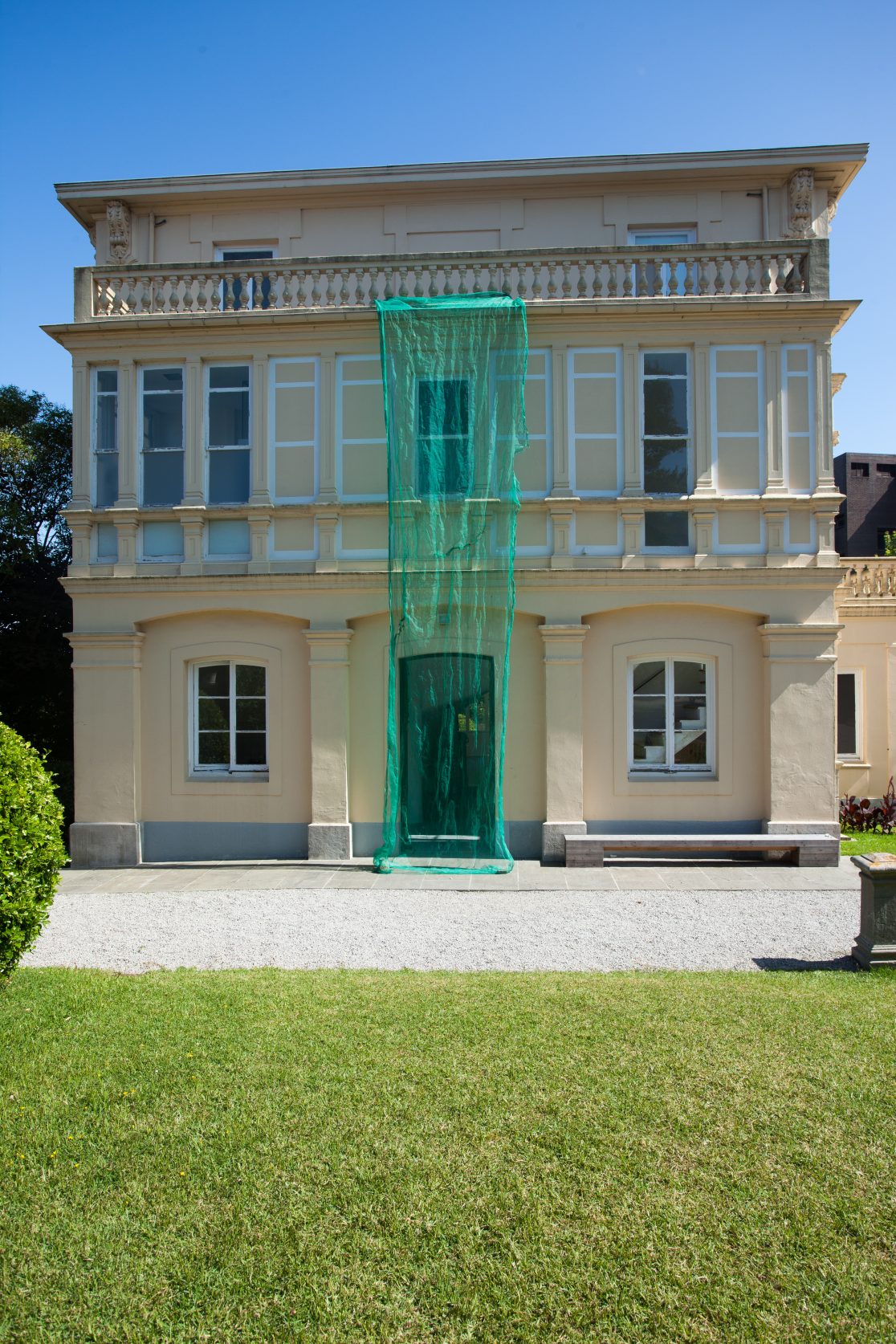 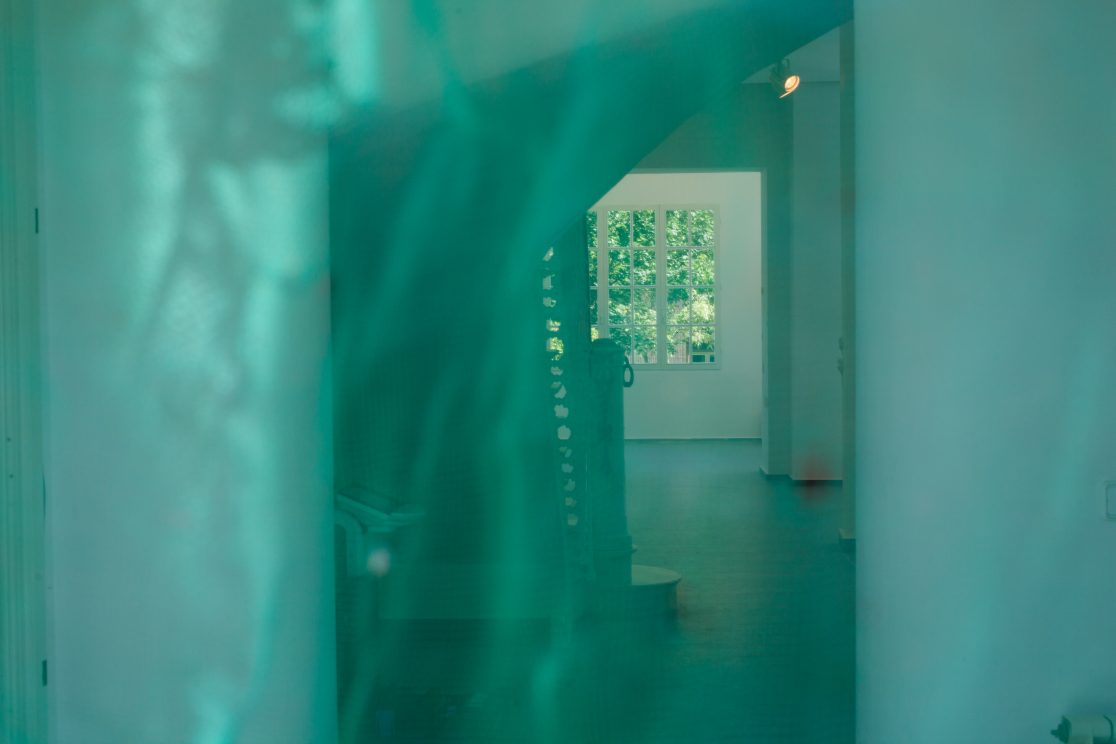 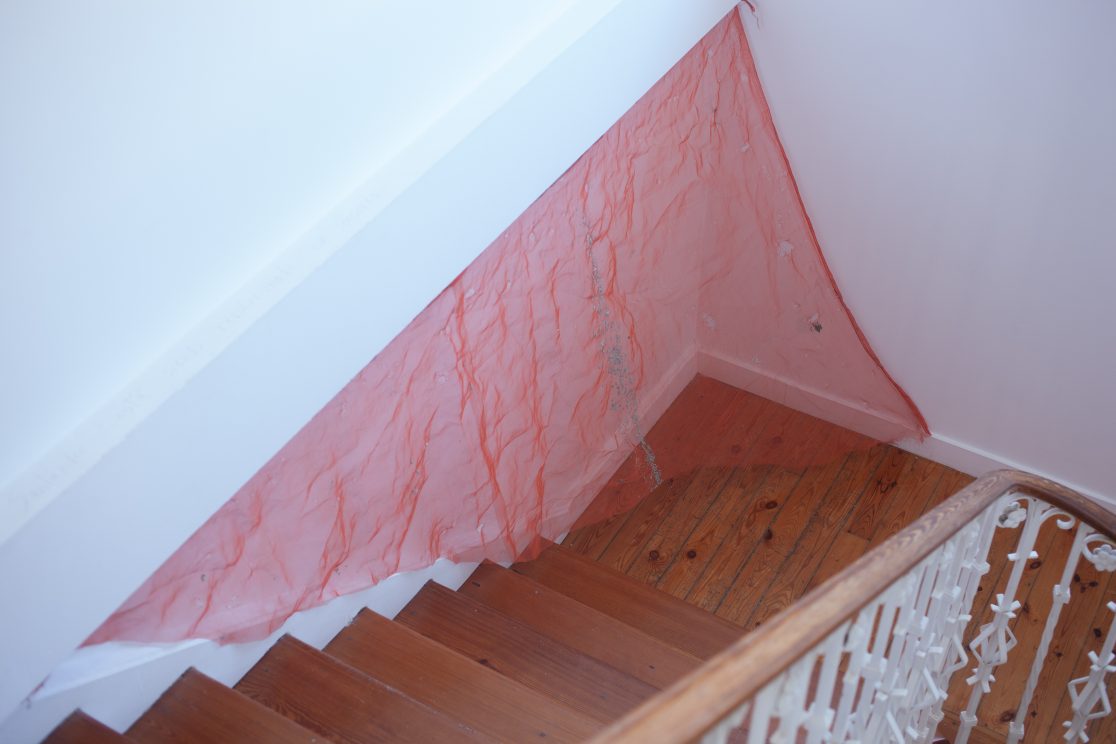 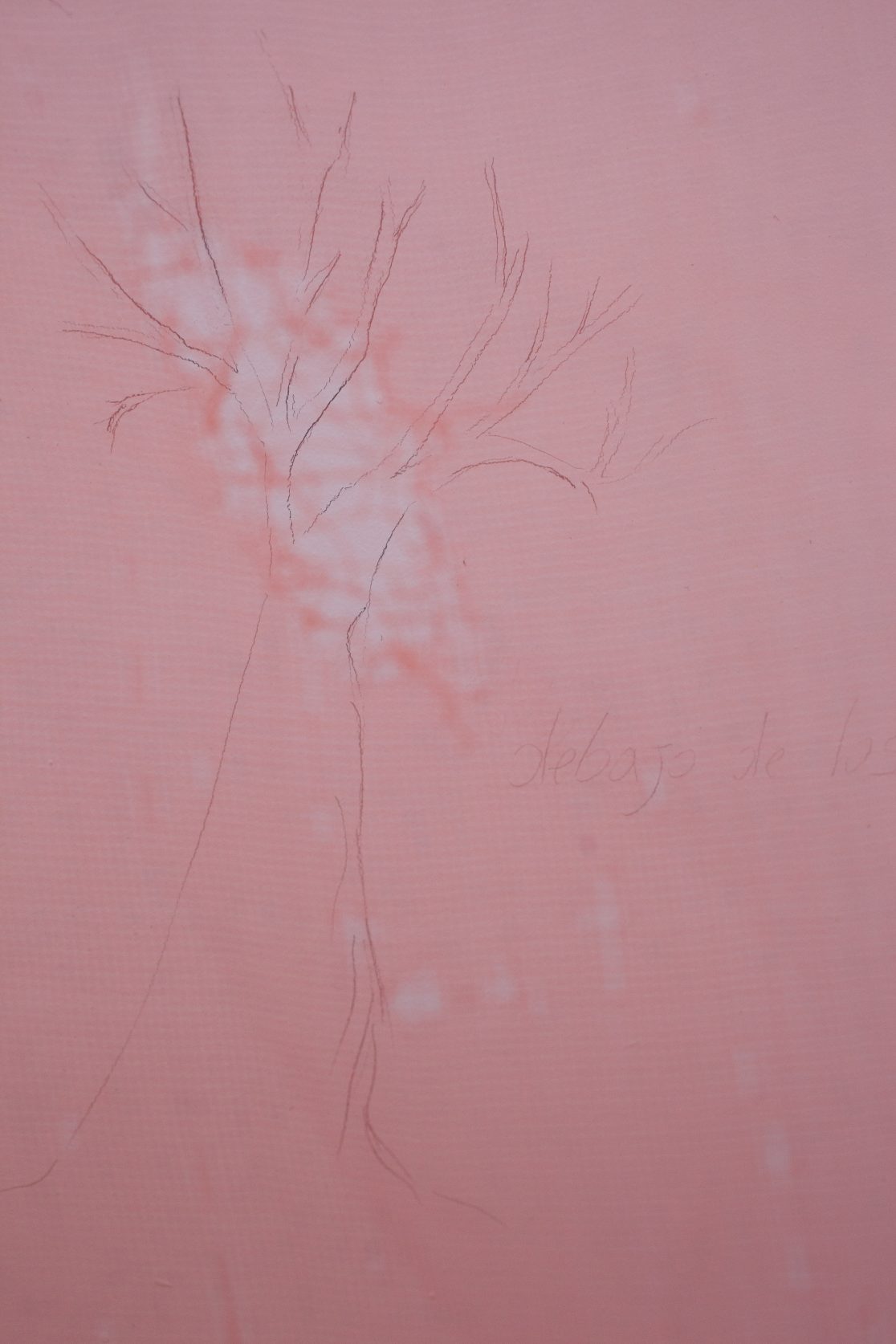 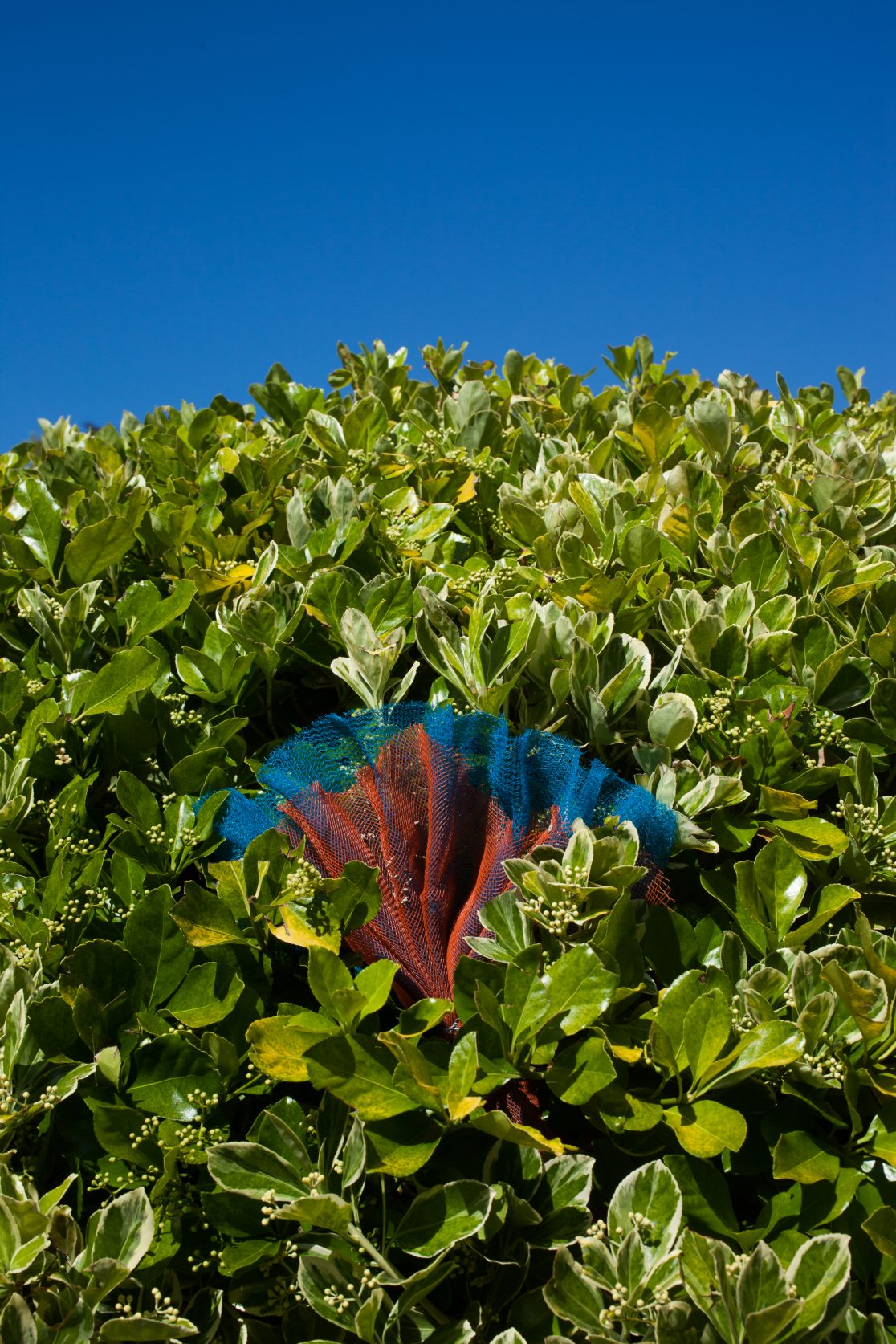 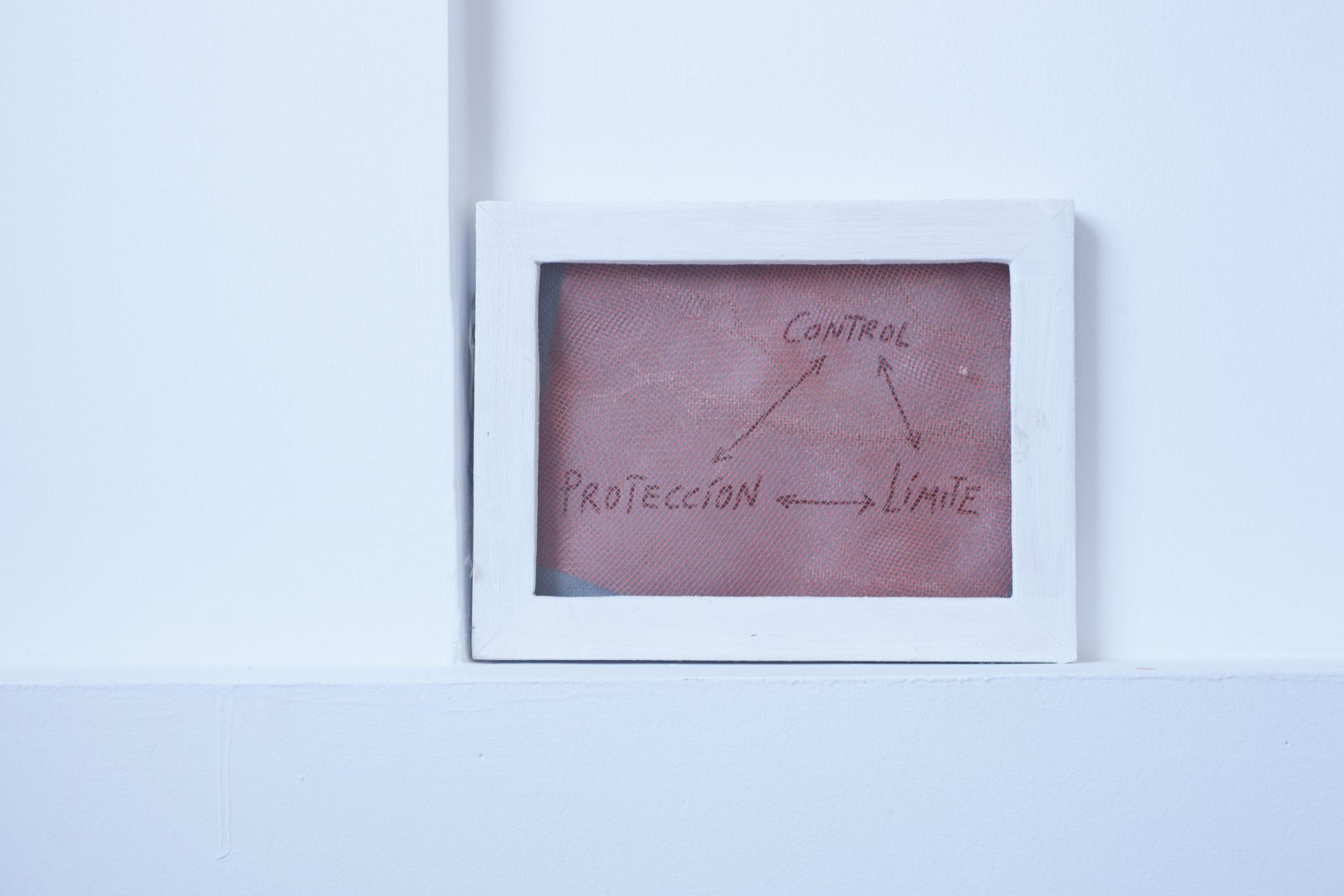